Take a step back in time, and experience the look and feel of the Norfolk Broads before motor powered craft started to take over, starting at the historic village of Ludham and ending at the picturesque village of Horning.

Our suggestions will take you on an authentic 1930s Broads sailing experience with Hunter’s heritage fleet, passing the Wherry Trust, home to the last trading wherry on the Norfolk Broads; for lunch at a local pub; followed by a short drive to St. Benet’s Abbey an iconic image of the Broads; and an afternoon visit to Horning, one of the prettiest villages in Broadland, ideal for a stroll followed by afternoon tea.

It is essential to book your sail with Hunter’s in advance, and they can be contacted on 01692 678263 or through their website www.huntersyard.co.uk. There is free customer parking at Hunter’s Yard

Lunch can be taken at the Kings Arms, Ludham 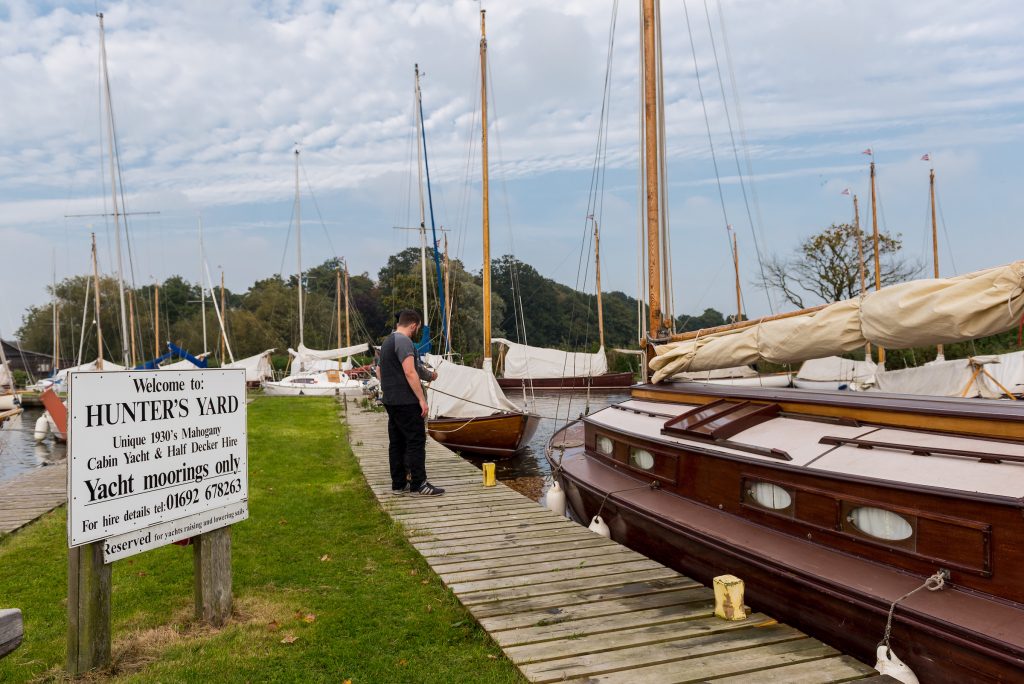 Our recommended day trip itinerary is as follows:

• Drive to Hunter’s Yard at Ludham, signposted off the A1062 between Potter Heigham and Hoveton, for a 2-hour fullyskippered sail aboard an original hand built 1930s yacht. These beautiful wooden yachts seat up to 4 people, and children are welcome.
• You can take the helm, or just sit back and enjoy the tranquillity of being at one with nature, safe in the knowledge that years of experience are at your side. 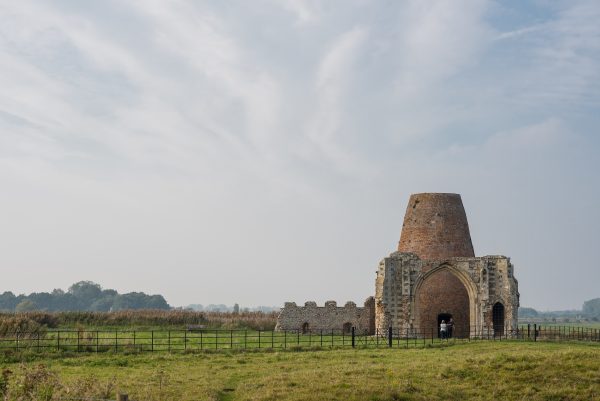 • Following your sail, lunch can be provided at the restaurant of the King’s Arms public house in the centre of the village, the entrance located to the right of the pub itself

• From Ludham village centre, take the small lane leaving the church on your right. Along this lane, you will pass The Dutch House on your left, one of the oldest buildings in the village, built in 1603. This was the home of the artist Edward Seago from 1947 until his death in 1974, and it was here that much of his painting was completed
• Turn right after around 1 mile on your left (otherwise you will end up in the marshes) and then look out for the signpost indicating the road to St. Benet’s Abbey on your left. This lane rapidly becomes a farm track, but it is possible to drive much of the 2 miles down towards the ruins of the Abbey, located on the banks of the River Bure
• Tracing its origins back to King Canute, the Abbey remains consecrated and the Bishop of Norwich still also bears the title ‘Abbot of St. Benet’s’, with an annual service held on the 1st Sunday in August, the Bishop arriving onboard a traditional wherry
• Returning up the farm track, turn left and then left again at the main road, crossing Ludham Bridge and continuing until you reach the sign for Horning village on the left (at a crossroads with Neatishead indicated on the right). Drive into Horning village and park in the pay and display car park on your left
• The village is ideal for a leisurely stroll, with the path by the water’s edge, the ancient buildings around the green, together with several interesting shops and tearooms. There is an emphasis on local produce in the village, with a visit to The Galley a must. A traditional deli, it sells a wide range of local produce including cheeses, preserves, beers, ciders and much more, and also houses a small art gallery and tearoom 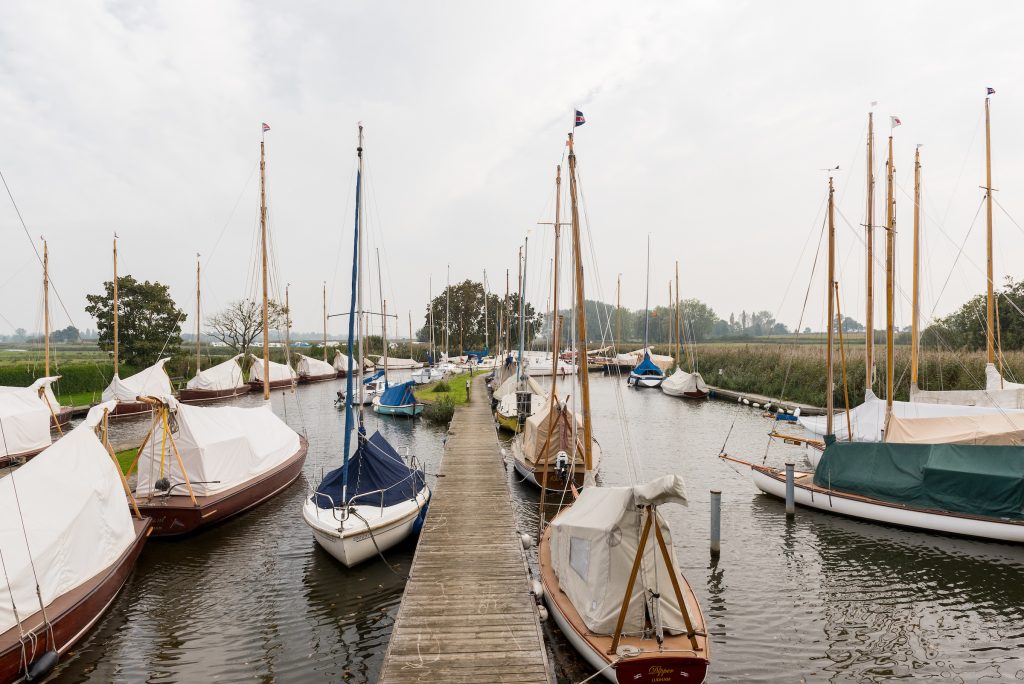 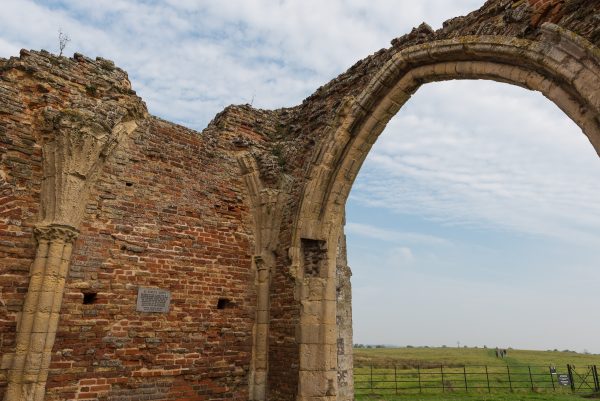 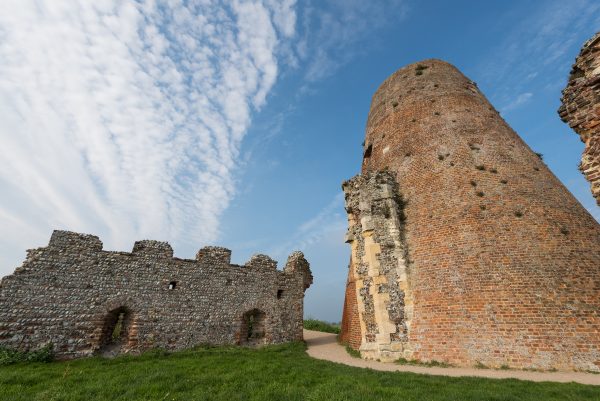 “Wherries were the workhorse cargo boats of the Broads, largely built on the riverbank without any plans!” 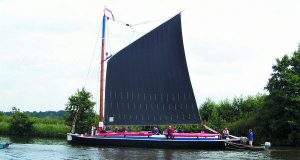 Moored in the dyke next to Hunter’s Yard is Albion, the last black-sailed trading wherry on the Norfolk Broads. The traditional flat-bottomed working boats on the Norfolk Broads, carrying a wide range of cargoes from peat to sugar beet, Albion was rescued in the period after the Second World War and restored to her former glory, although the only cargo now carried is people – she tours the Norfolk Broads in the summer months and is also available for holiday charters

MORE FROM OUR COLLECTION 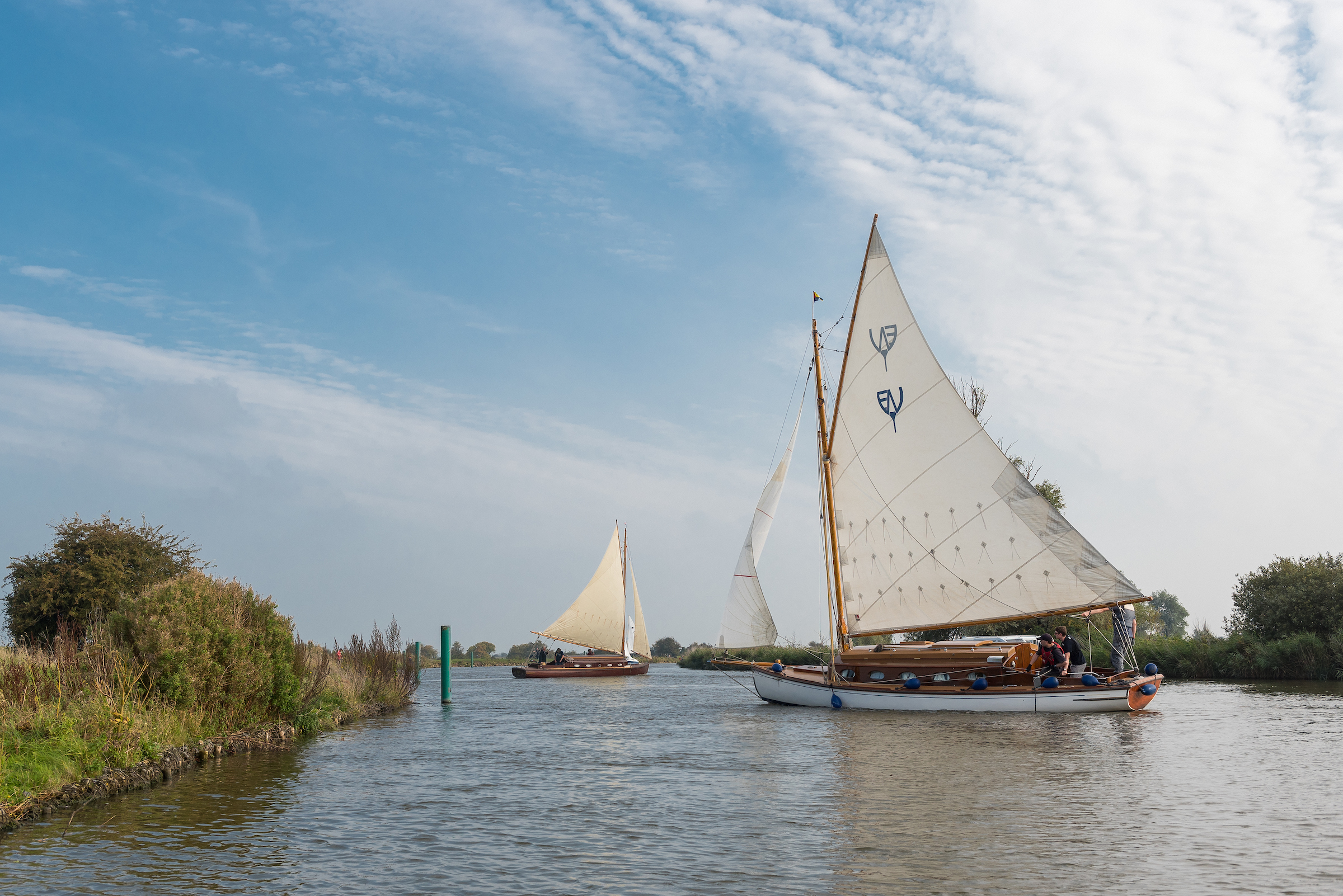 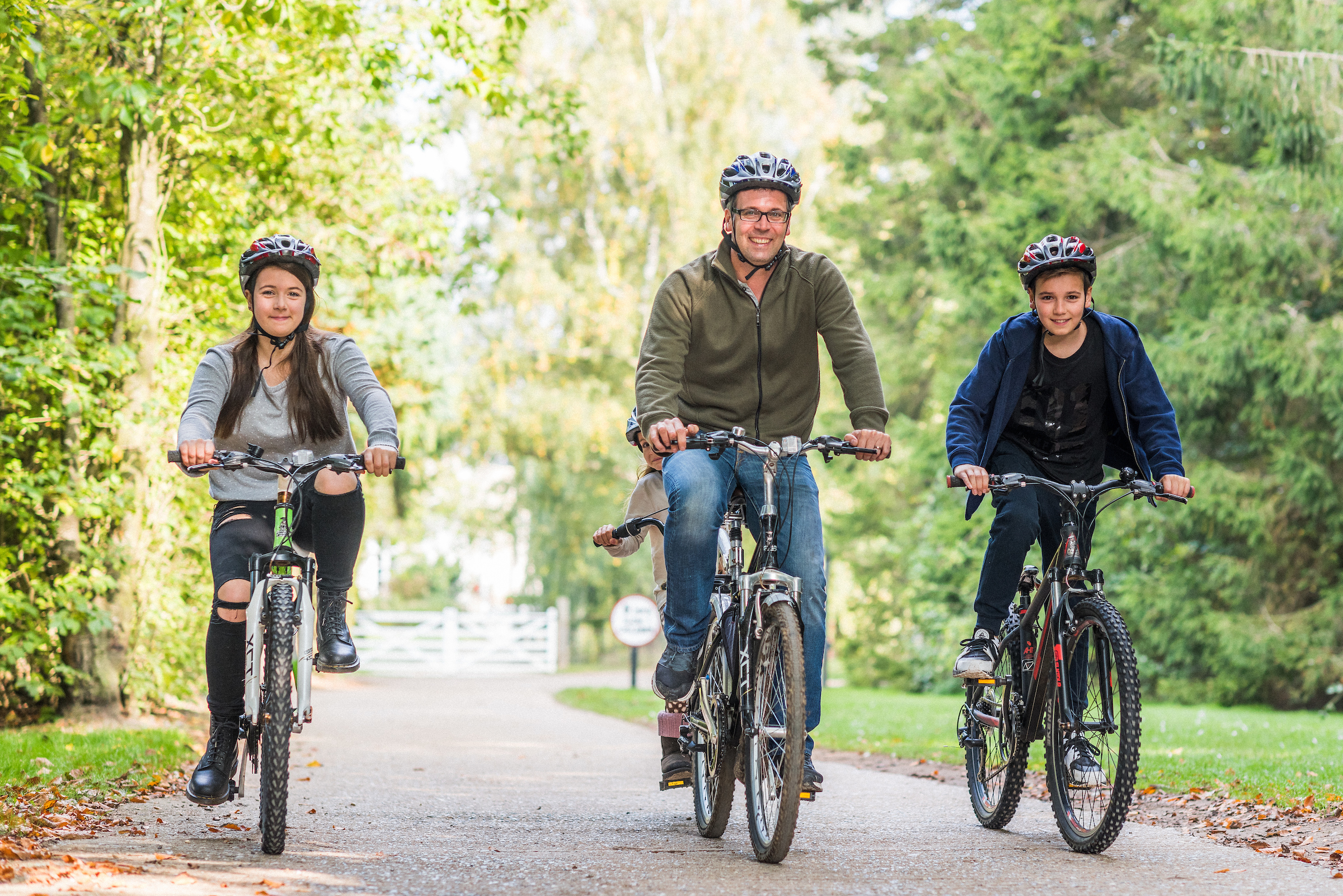 CYCLE RIDE & PICNIC This is a magnificent [...] 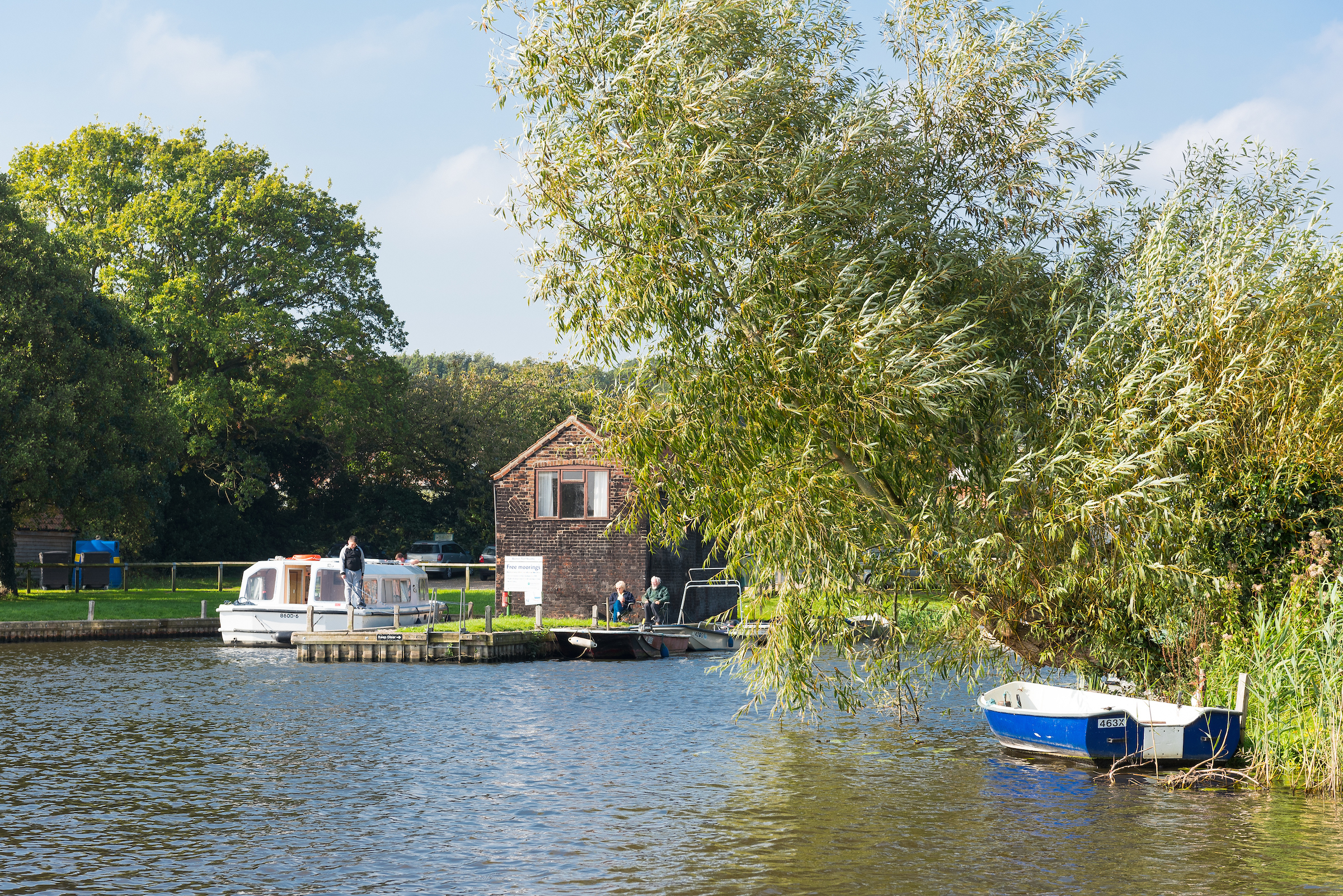 WALK Exploring the Broads National Park on foot can [...] 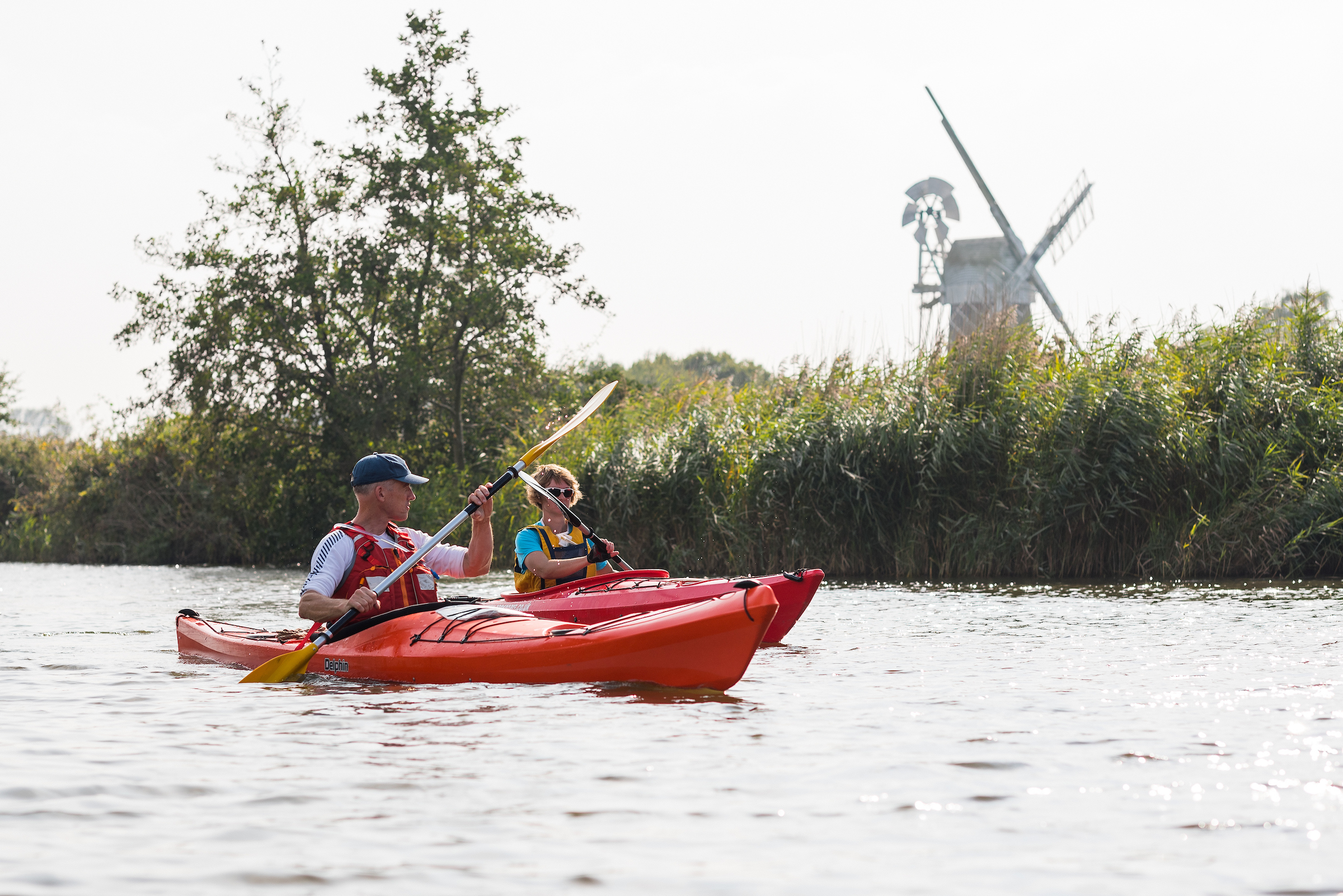 CANOE TRIP This is one of our favourite days out, [...] 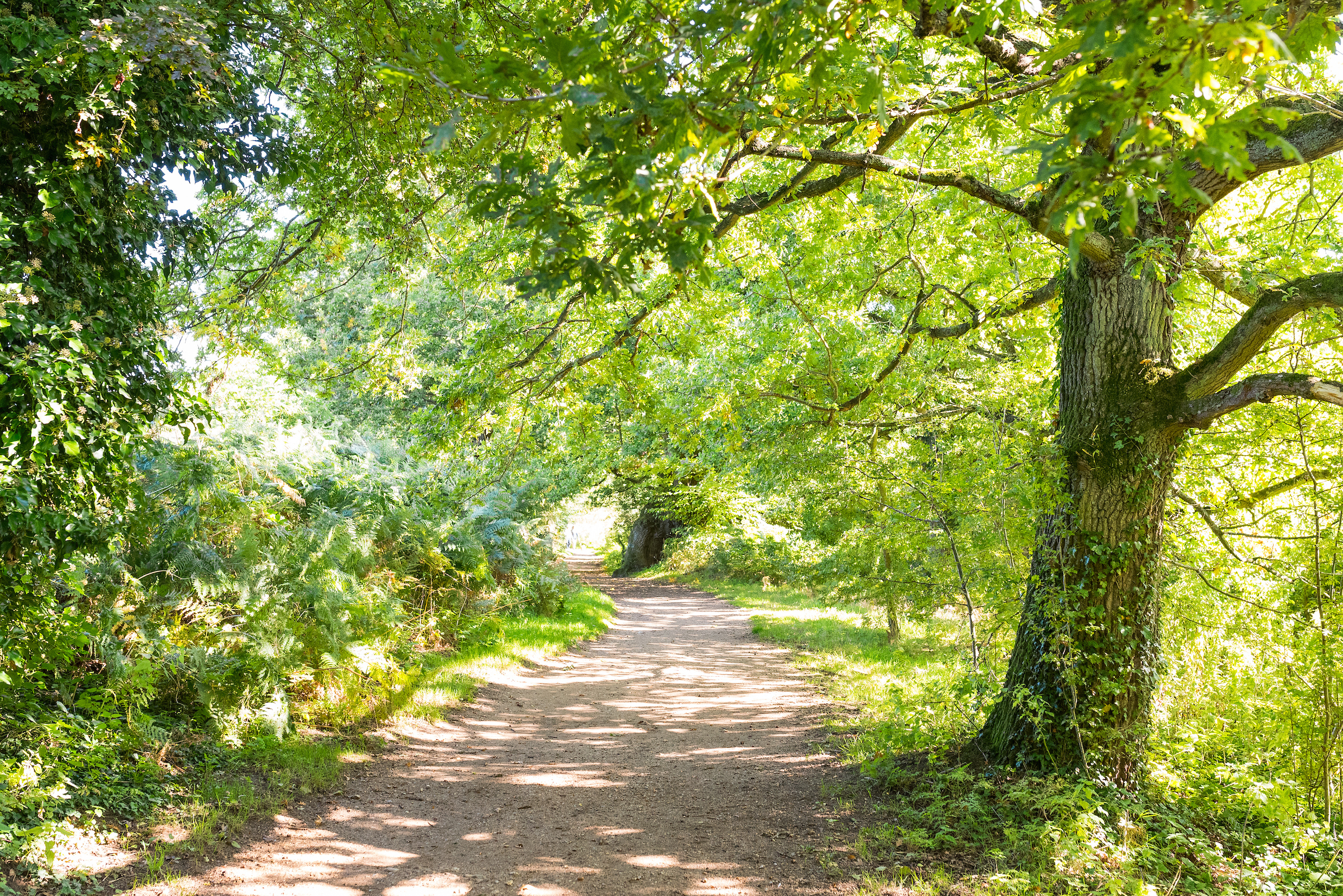